Eunique Jones Gibson: "Everything Must Change: Antiracism in the 21st Century

Registration is required for this virtual event. Please register here.

Eunique Jones Gibson is a creative visionary, cultural architect and social activist. Over the past decade she has worked with a variety of companies such as American Family Insurance, Nickelodeon, Genworth Financial, BET, the Oprah Winfrey Network and Custom Ink to name a few.

In February 2012, following the death of Trayvon Martin, Eunique created her first photo awareness campaign – I AM Trayvon Martin. The campaign spread through social media and online news outlets around the world and inspired others to use their voice to highlight social injustices and the need for change.

In 2013, Eunique launched Because of Them We Can® an award-winning campaign and platform that reaches millions of people monthly as it uplifts and amplifies positive news. Launched during Black History Month with a mission to empower the next generation to honor the legacy of their ancestors, the campaign featured photographs of adorable children channeling leaders, activists, and celebrities, past and present. It has evolved into a positive platform for Black Excellence that reaches millions of people each month.

In 2018, Eunique launched Dream Village, a co-working space for dreamers that allows them to build a supportive community in both physical and virtual spaces. The space hopes to bring back the village values that every community needs.

A native Marylander, Eunique received her Bachelor’s degree from Bowie State University. She is a ADCOLOR Rockstar, a Root100 honoree, a White House Champion of Change and has been featured on numerous media outlets, including MSNBC and O Magazine. She credits her biggest support and inspiration to her husband Christopher and their children, Chase, Amari and Sage.

"Rosa Parks Reimagined: Because of Them We Can" Click here to view the short videos. 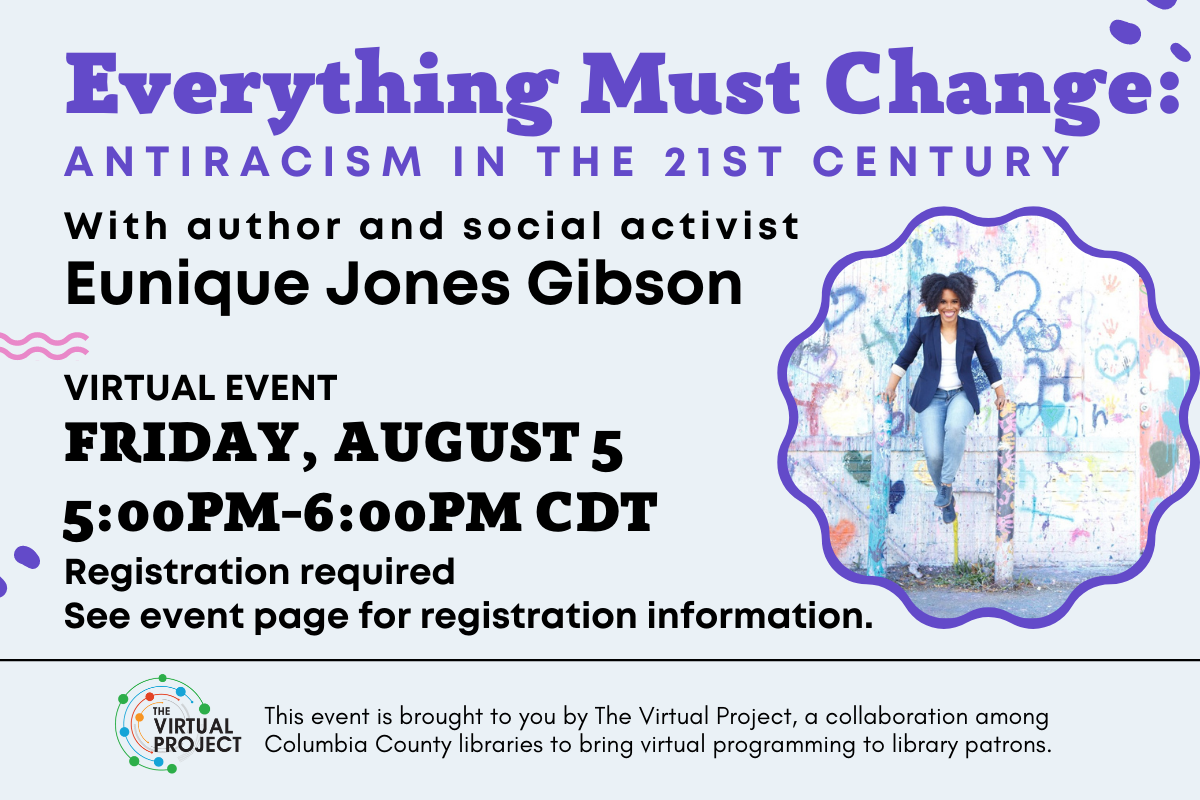 Local events can also be found on Visit Columbus.

print [at] columbuspubliclibrary.info (subject: Wireless%20Print) (Need something printed? Click here email it to us and we will print it for you.)

All book clubs are currently being done virtually. Registration link can be found in program information

Nov 17 - The Dictionary of Lost Words by Pip Williams

Book and a Movie Book Club

Sep 8 - And Then There Were None by Agatha Christie